I'm not sure if isolation quite describes it.  I suppose it is a feeling of loneliness and of feeling misunderstood.  Today, I didn't feel that way.  Today,  I felt "got".  Today, my eyes teared up as I read an email from one of Joe's teachers. This email was not in response to any recent issues.  It was an unexpected email of praise for Joe.

'I can only imagine how challenging it is to live each day with diabetes, and the impacts it has on Joe's personal and academic life. And, as if managing the health aspects of it isn't enough in itself, he also has to learn how to advocate for himself and build new coping skills to manage it's impact on all aspects of his life. I see so much growth in these areas as well.'

The blood sugar checking, the carb counting, and the insulin dosing are one thing.  Sure, at times, the numbers cause physical discomfort.  Yes, the management, the needles hurt.  The thing about diabetes is... the actual disease and the management are so enmeshed and interconnected throughout our days and our nights that it is impacted by just about everything;  it impacts just about everything. 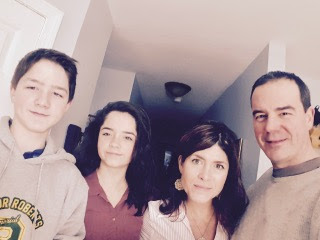 Proud of Joe and how he handles his day-in-the-life.
Posted by Unknown at 6:09 PM No comments:

NOTE: Joe does not have a Chromebook Confiscation history.

I knew, over the years, we'd run into difficulties of not being understood.  Sure.  We all deal with that in our day-in-the-life.  I guess I didn't think I'd be saying things like this to an educator:  'Not only is his access to his school day limited by treating and waiting out lows, but to take away his Chromebook for the remainder of the school day, because of his medical condition... limits his access further.'  My voice was measured.  My temper in check.

The blood sugar checking, the carb counting, and the insulin dosing are one thing.  Sure, at times, the numbers cause physical discomfort.  Yes, the management, the needles hurt.  The thing about diabetes is... the actual disease and the management are so enmeshed and interconnected throughout our days and our nights that it is impacted by just about everything;  also, it impacts just about everything.

About a month ago...

Joe experienced a school day riddled with lows; blood sugars hovered from the 50's to the 70's.  He spent some time in the Health Office, but for the most part he remained in the classroom.  At one point in his day, he left his Chromebook in a hallway.  He forgot it as he was dealing with another low.  The Chromebook was confiscated for the remainder of the school day.  It was confiscated because it was unattended.

Within a week's time...a week where lows were plaguing his days and nights...again, the Chromebook was confiscated by the Chromebook Confiscator.  Joe went to gym class.  He placed his binder and his Chromebook on a bench in the locker room; not in his locker like the students have been instructed to do.  You see, he was nervous about going low during gym.  The shakiness of his hands make maneuvering a combination lock challenging; making access to his belongings quite difficult.  Even if a low was treated, it could take 15 to 20 minutes for him to feel better, for the shakiness to subside.  Joe did end up low.  His Chromebook, gone from the locker room bench...taken away for the rest of the school day.

So, then the Chromebook Confiscator proposed, Joe not even have a Chromebook.  He proposed a desktop be provided for Joe in each classroom he attends: Math, Social Studies, Spanish, English, Science...I explained firmly, this was not an option.  Not only was the proposal just plain wrong, but hey...let's make Joe feel even MORE different... he has a pump, a CGM, sees the nurse multiple times daily...oh and let's add ... there's the kid who has to use the desktop computer in FIVE different classrooms.  Awesome.  Ugh. The conversation left me feeling alone, misunderstood, and questioning myself.  Am I asking too much?  Am I over-complicating things?  It also left me feeling a bit sorry for Joe and for myself.  Why can't things just be easy?  This life, of managing t1d, is difficult enough.

In the end, Joe's School Nurse and the Principal met.  A sticker was placed on Joe's Chromebook that states something like "If found, return to the Nurse."

The Chromebook Confiscator disrupting our day-in-the-life.
'
Posted by Unknown at 5:14 PM 3 comments:

The above is the scene that greeted me, as I went in to wake him a few weeks ago.

'Joe, the juices are not for snacking on.'

'I was low in the middle of the night.'

He is a growing teenager.   His energies should be focused on school, sports, friends, video games....and other teenager-y things.  He needs his sleep for typical growth and development.  I have slept with the CGM by my bedside, nightly, for years.  It alarms, I wake, I take care of what needs taking care of.

On the three-juice-low-night, Dave checked Joe prior to bed ... and accidentally left the CGM in Joe's room.  While I found it reassuring that the alarm woke the sleeps-like-the-dead-Joe, I will still cover the night shift.  I know, one day ... soon enough, he will need to manage that, as well.  For now, it will continue to be me.

More on on our day-in-the-life of nights.
Posted by Unknown at 7:00 AM No comments:

A couple of weeks ago, after a hockey game, Joe bought an apple strudel-y muffin from the rink snack bar.  He was going to eat it on our 30 minute trip home. 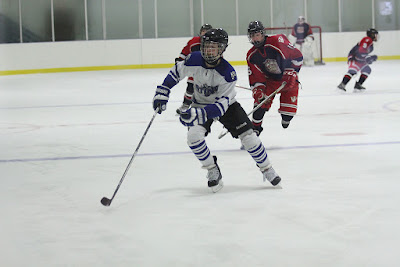 A 5.5 unit bolus was then cranking into his subcutaneous tissue to cover this muffin ... which he hadn't yet tasted.  I chimed in with a 'I sure hope you like it.'

A day-in-the-life of knowing you may have to 'choke in down'.
Posted by Unknown at 4:31 PM No comments:

At about 3pm, the end of the school day, a few days ago...  I received a call from Joe's school nurse.  She notified me of a recent low; he treated.  He left school without re-checking his blood glucose; he didn't want to miss his ride home.

'Ok...so your telling me to call him and make sure he makes it home alive (laughter) ... and if he doesn't, I won't hold you responsible.'  Laughter closed the conversation between Joe's school nurse and I.

These are the things you say, cuz they are kinda true.  He's meandering the community, alone...sometimes low.  At times, I just gotta have blind faith that he'll be alright.  He knows what to do.  I have taught him well. And.  I also realize..there could be times, he may not be ok.  There are no guarantees with anything in this life; certainly not with t1d.

Conversations with the school nurse while dealing with the day-in-the-life.
Posted by Unknown at 4:17 PM No comments:

Joe cut this meatloaf-loaf into thirds this morning.


His plan; take a 1/3 of the loaf to school for lunch each day over the next few days.

We transitioned to a scrap of paper for carb counts; he says he doesn't need it, but it gives me some sense of security. 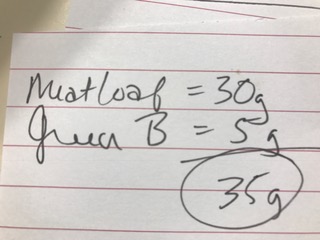 A less micro-managed day-in-the-life.
Posted by Unknown at 5:04 PM No comments:

It distracts him multiple times a day.  Prior to eating a blood glucose is checked, carbs are counted, insulin is dispensed.

It distracts him nightly, as he hopes to wake the next morning.

It distracts him when he needs to sip juice, as he sleeps.

It distracts him when he gets left behind because he needs to do a check, change a pump site, or consume sugar.

It distracts him when he wants to be active.  It must be taken into consideration every time he plans to exert himself physically.  It must be cared for, or his ability to participate could be hindered by a low.

It distracts him every few days, as he needs to load his pump, prep his skin, and pierce his body to place a new site.

Does he complain about this "distraction"?  Rarely.  Does he feel sorry for himself?  Never.

So, I guess it should not have surprised me; his reaction.

A few weeks ago, a couple of friends approached me.  Their children, classmates of Joe's, had said a teacher stated...in front of Joe and his peers...'Joe, your diabetes is a distraction to the class.'  This was during a period of incessant lows, a period of sleepless nights, a period of frequent pump adjustments...and a period of  'I just don't have it in me to be "that family" in dealing with the school system right now.'  I asked my friends to let the principal know about the event.

I then discussed the issue with Joe.

He confirmed this indeed had happened.  He didn't give it much thought.  He was not bothered by it in the least.  His response....'the teacher is right...it is a distraction.'

Who would know any better the distractions this demanding, unrelenting disease causes on an hour-to-hour, day-to-day basis...than Joe? 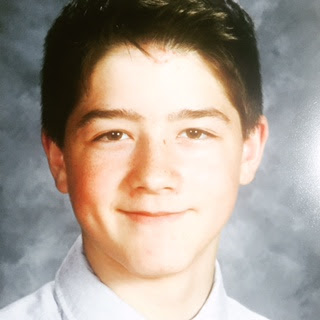 Hoping ... just like for everything else that is "atypical" in our society...that respect, acceptance, and empathy are demonstrated for the day-in-the-life.