Not Your Average Audience Members 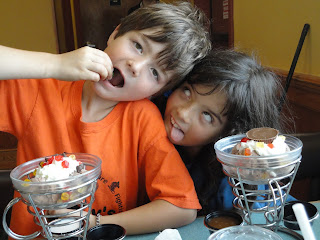 For the record...
I wanted to title this post "Taking It In The Ass At The Arts".
5-4-3-2-1...the glucometer counts down. Looking down at the "Hi Glucose" on the monitor and at the finer print "Blood Glucose is greater than 600", I couldn't help but think of the new record we were setting. Joe's previous "High Record" was 506. That record was set in December of 2006, just over four years ago.
The new "High Record" flashed from the One Touch Ping Remote as we were just getting settled in our seats, rearranging our coats, waiting for Bridget's first band concert to begin. My mother and step-dad were in town. They took us all out to dinner for the event. Joe had just polished off a rather large (for him) sundae. There were M&Ms involved and some marshmallow sauce. Dear God, the marshmallow sauce...Is that where I went wrong in my wild ass carb guesstimate? Perhaps? No matter, I suppose.
As you can imagine...
I ushered the 600+ Joe to the bathroom to urinate. For non-D peeps, high blood sugars make you have to pee (osmotic diuresis), often and alot. Joe also needed to belly up to the drinking fountain to replenish the fluids that the glucose was drawing out of his cells, out of his body. He was conscientious to plan his bathroom visit and drinking fountain visit around Bridget's performance. He also "held it together" amazingly well for a 600+er. He was a little "bouncy", otherwise just fine. He did mention, more than once, that he did not feel well and that all of his muscles hurt. During the ushering of Joe to toilets and water and the worrying, I could not help but chuckle a bit.
You see...
We, Joe and I, experienced the opposite just the day prior at a musical. Well, not a record Low. Unfortunately, we have already had a low so low that the glucometer will not read. We did have the kind of low where you need more than just some glucose tabs crammed into your mouth by your pancreating mother.
See! The title that I wanted to use, the one about taking "D" in the "Ass" at the "Arts", would have been perfect ... and "catchy" too.
Earlier this week I had attended a field trip with Joe and his class. We went to see "Suessical The Musical". The school staff and I corralled the children into the rows of seats. Coats were removed. Hats and mittens were stuffed in arm sleeves. Children were asked to "please stop bouncing" on the chairs. Children were told to "sit down", to "keep their voices down" and blah, blah, blah. After 10 to 15 minutes of the previously mentioned tasks, the lights dim and the play begins....and... a.... "mmMMOOM, I FEEL Loooowww", was whispered in the ascending then descending octaves that we all know that Joe is low...low voice. Ok, luckily it was a well lit part of the musical so I could see my "d" goods in the "Woodchuck" (our Diabetes Supply Bag) without needing to use my phone for illumination. I check Joe's number. Yep, he is 60. I become the life sized Pez Dispenser that we all know and love and I start dispensing those glucose tabs with efficiency and care, ensuring that Joe's fingers do not touch the glucose for the recheck that will need to take place in 15 minutes.
I sit. I watch the musical. I watch Joe in the seat in front of me. He was slumping. He was slouching. He was somewhat glazed. He did not look good. I asked him, "buddy, is your low feeling better?" His answer and his demeanor alerted me that this was not gonna be an "easy" low. He and I left our seats. He then found a place to crumple down on in the lobby. I rechecked his blood glucose and he remained in the 60s. He was pale. I spiked a juice and had him chug it. We then sat...alone...side-by-side in the lobby. Waiting. Waiting ...for the low to go. Waiting for the juice to work. Waiting for a better place. Waiting for the sugar to take. Just waiting... With the low demolished and a more "perky" Joe, we head back into the theatre.
We then head back to the audience, back to living life to the fullest with type 1 in the mix.
A day-in-the-life enjoying the arts with my number 1, type 1 kid, Joe.
Posted by Unknown at 5:24 AM 23 comments: 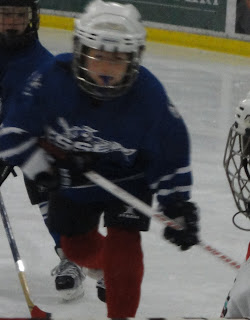 Mondays and Fridays are "running days" for this Mama Pancreas. I usually ask Joe how far I should run as I drive him to school. He usually sticks somewhere between 7 and 10 miles with his responses.


Yesterday:
Me: "Joe, how far should I go on my run today?"
Joe: "How far did you go last time you ran?"
Me: "7 miles."
Joe: "Go 8...you should always try to improve on yourself." (Is he for real?)
Me: "Joe it did snow like 10 or so inches in the last few days. The path will be very difficult."
Joe: "OK, 7.5...that is still better than 7." - UGH.
So, I dropped Joe off. I headed home. I ran. I use Yaktrax (thanks to my brother and sister-in-law's Christmas gift and my sister, Tara's advice to run with them) on the snowy, icy Vermont sidewalks. I feel like I have been "popped" into four-wheel drive with those bad boys strapped to my feet. It was cold. The high was around 14 degrees. I ran...and ran...contemplating the 8...miles...
And my son...
Joe has a hockey tournament this weekend. It is out-of-town. It is his first. I was going through the "diabetes supply list" and checking it mentally, as my heart was like pounding out of my chest from the exertion of the run. I was then thinking what if Joe goes down on the ice rink, or more worrisome...goes down and passes out. Then I questioned... Would I just run out and jab him with Glucagon? Check a blood glucose first? I don't know why this vision went through my head. It is fucking hockey afterall. He goes down a lot. He is Joe. He gets right back up and he skates. But, anyway...I decided during my whole "I am dying from sloshing and sliding and slushing through the heavy wet snow, while running 7+ miles" psychotic-induced-haze that I would check a blood sugar first and then stab him with the Glucagon , if need be. For some reason I was then thinking of head injuries, and cerebral edema, and Mannitol, and serum osmolality, and if I accidentally made his glucose too high that it would not allow extra doses of Mannitol to be given to decrease intracellular edema. Ahhhh...yeah...a thought process infiltrated by my old Surgical Intensive Care nursing days. I am not even sure if I remember all of that correctly, as my brain has been taken over by the pickl-y penis-y looking organ, the pancreas, and by motherhood.
Back to this weekend... 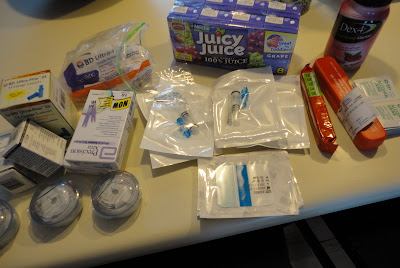 As many of you D' Rents know an out-of-town athletic event will provide many blood sugar challenges. The activity level of two games a day... along with the hotel pool... and the added bonus of eating out ... and the wild ass guessing of Joe's carbohydrate consumption ... will be no easy feat. I am ready. I am thinking of myself as a Linda Hamilton (Terminator-y) kind of Pancreas this weekend. I have packed extra sugar sources, extra snacks, extra juices. I packed double of all supplies needed. I packed a back-up glucometer (remember this). I packed 10 transparent dressings to secure his pump sites while swimming. I am prepared to crank that basal up by 100% for the three hour drive. I do still need to insert a new Dexter, as Joe's current one is taped into place and is literally hanging on by the tip of the probe (I think it is day 10 anyway...it is the first Dexcom sensor that has been this accurate in a long, long time...I hate to part with it).
So...
Although I am facing this weekend with a bit of trepidation, I am also looking forward to putting yet another first behind us. I admire Joe's heart, his love of the game, and his spirit to try. He enjoys a challenge and he makes all of us that know him put a little more "umph" into our everyday lives.
So, did I run the 8 miles? Nope. I ran 7.05 miles and then I made Joe and Bridget some chocolate chip cookies.
A day-in-the-life of gearing up for another first with "D" in the picture.
P.S. I'll be out of the loop for the next couple of days. I hope you guys have a great weekend!
Posted by Unknown at 6:17 AM 29 comments: 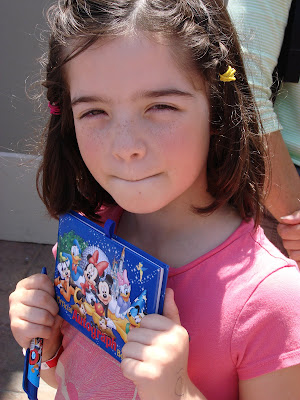 As Joe was soaking his big toe (another story that diabetes overshadows and that will most likely come to text in the next day or two) in a warm saline infused tub of water, the children seemed to be winding down from a busy New Year's Day. They were both agreeable to participating in the interview that Jonah, from JonahDiabetic had done with two of his brothers. Jonah's brothers were quite deep in their interviews. Actually "The Tree" was deep and if memory serves me right..."The Bed" was brief. Bridget (aka "The Bridge" goin' Jonah-style here) was neither short on words nor on depth. My favorite parts were where she describes diabetes as an "adventure that goes on forever" and when she says "Dad is a little helpful" in the whole "d" routine. Sorry in advance about the couple of references to death ...oh...and the hiccups...and the Oscar crotch shot...and the laugh at the "Dave dig" (hehe Renata).


The Interview
1. What do you want BETA BUDDIES readers to know about you?


2. What has been the worst part of having a brother with diabetes?

3. Has there been anything positive for you about having a brother with diabetes? Bridget mentions a "basal assessment" in this answer. For non-D-Peeps and non-pumpers, a basal assessment is where you limit activity, no carbohydrates are consumed, and you check blood sugars every hour to every other hour to determine if your underlying insulin rates (basal rates) are adequate. She apparently is a big fan of the "watching Tv" part to keep Joe still...hell it is either that or a "velcro suit" to keep his activity idle!

4. How often do you think about diabetes?

5. What would you say to somebody who just had a family member diagnosed with diabetes?

A day-in-the-life of being the sibling to a person with type 1 diabetes.

Related Links:Pickle Jars On Scooters, Stapled Pillows For The Haitians...Oh My!!! and GUILT and Something Different For Everyone