I have written on the BUDDIES to humor, to help, and to let other Type 1 families know "same-same".  Our daily grind goes unnoticed by most.  Our "dangers" of activity and food and the lot seem silly to those living the "normal-normal" and not the "new-normal" that we endure.  Today.  Today we had a bit of a scare.

Right now I am writing because I believe today taught me some valuable lessons;  things that I would want to share.  Right now I am grateful that I was with Joe during the following events and that he was not out in the community alone for the one to two hour chunks of time that we have built up to comfortably and confidently as a Type 1 family trying to navigate our way through diabetes management, growing up, and independence-muscle-flexing. 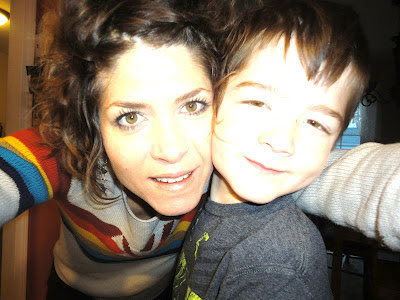 As I picked-up Bridget from school....

Joe to Bridget:  "I had a diabetes crisis today." ("Diabetes Crisis" - his phrase, not mine... nice drama Joe)

Bridget:  "Oh..." then she somehow proceeded to "blah...blah...blah-ing" her way into changing the subject to boy-girl-middle-school-drama.

Little did Bridget realize the truth that Joe spoke.  He did.  He experienced a diabetes crisis.  He received approximately 50 units of insulin around noon today (why this is bad).  To put this into perspective, Joe's body and his carb consumption usually utilize around 15 to 20 units of insulin daily.
He received 2 to 3 days worth of insulin in one bolus.  The pump did not malfunction.  Let's just say that Joe had the cartridge out of the pump...the cartridge remained connected to Joe.  Joe received the contents of the cartridge subcutaneously in one fell swoop.

Joe thought that removing the cartridge from his pump was an "easy way" to disconnect from his pump (long, long story).  He did not realize the danger that he placed himself in by doing so.  He is mad at himself. He takes full responsibility.  Yes, he is nine...but, he gets it...he "got" it...the gravity of the mistake. He missed the rest of his day at school.  He missed Math Olympiad.  He missed hockey practice.  He did not bemoan any of it because he knew he was fortunate to be conscious and to be able to free-base carbs like nobodies beeswax.

Luckily, we have been able to manage the resulting low trending blood sugars at home.  Luckily, Joe has a healthy appetite.

It is now 8pm, 8 hours later, Joe has consumed a few hundred grams of carbs for "free"..both long and short acting.  Joe was disconnected from his pump for the first couple of hours after the 50 unit bolus...his basal rate is currently halved.  His blood sugar has not seen triple digits since the incident.

I am waiting for the lows to subside and the subsequent highs to ensue.

I have a feeling it is going to be a long, sleepless night.

A day-in-the-life of a huge mistake and lessons learned: