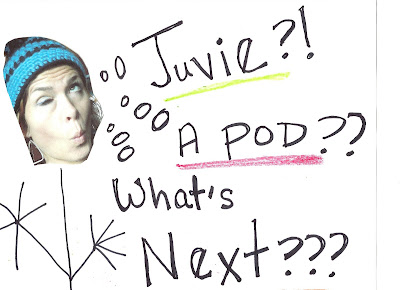 So, this post-concussive thing isn't working out too good around here.

I am finding Joe even more "work" as I am trying to keep him from tripping, careening, falling, or flying to the ground to smash his already damaged melon into the asphalt, dirt, wood chips... pick your poison... it is all dangerous to a concussed cranium.

As his body has slowed, interesting things have been discussed and divulged as his thoughts have time to stew. The discussions are particularly titillating on "Oscar's Business Walks".

During the "Business Strolls"...

Joe counts how many times he "marks", "squirts" (what is the difference?), and "pees", and well you know ... does the "big business". As we walk Joe continues to keep track and reports with each "mark", "squirt", and "real-business" the updated tally. I just "uhm" and "ahhh", not really listening, just waiting for the mother load of business so that we can head back home.

"You know Juvvvie ... " (I guess the extra emphasis on the "v's" was employed to jostle my knowledge base) Joe then waits patiently for my response while he lets Oscar tangle himself on 30 feet of retractable leash.

This morning, on another Oscar "Business" walk ...

Joe was talking about his tubing from his pump. Apparently it was giving him a "feel" in the "nether regions". I have never heard him complain about his tubing. It is all he has known since he was three years of age. So, I asked ... thinking he would answer "no"... I asked if his tubing bothered him. A simple "sometimes" was expressed in the soft-lisp-kissed-nasally voice.

"Yah know, there is a pump that doesn't have tubing." I then asked, "Would you want to try that sometime?"

Pre-Ping, I wielded the Animas Insulin Pump like a pro while keeping up with an "On-The-Go-Joe". I could check the time, IOB (Insulin On Board), and bolus while Joe ran, slid, scootered... and ice skated. Not once was a site dislodged due to my pancreating feats and prowess.

Time check on the slide... 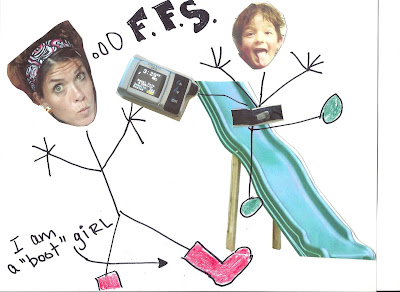 Scootering down the street during a correction bolus... 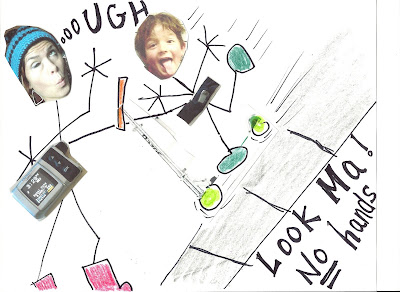 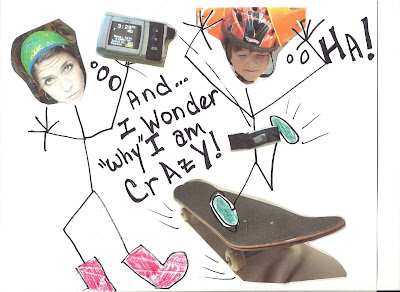 Running down the street during an IOB check ... I didn't dislodge his site even though the tubing was as tight as my Jordache Jeans were in High School. 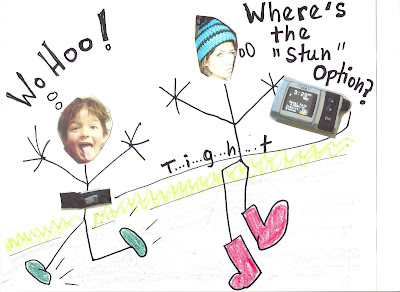 The seriousness of this conversation has not been determined. I am willing to look into it for Joe if he is, indeed, curious about the pod. I have heard that they get "knocked off" easily during high intensity sports like basketball. Is this true? And, I have also heard there is/was an IOB issue. Laura ... Lorraine ... Penny... anyone? I guess I am willing to think about it. Also, does anyone know if Dexcom is as close to coupling with Omnipod as they are with Animas? Another concern of mine for sure.

A day-in-the-life of wanting to lose the "leash".