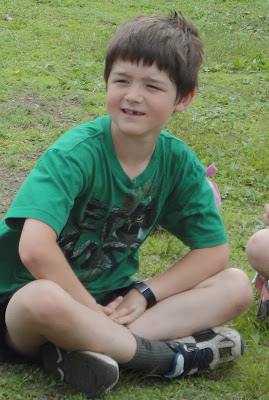 Thankful for a near miss in our day-in-the-life with diabetes.
Posted by Unknown at 5:51 AM 18 comments:

This photo says it all... 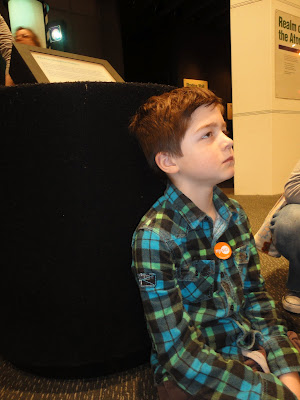 The pallor, the grim expression, the dark circles creeping up under his eyes.


His focus wouldn't settle. It was like he couldn't find a place or an activity to make him feel "OK" or "right" in his body. This is what I observed of Joe at the New York Hall Of Science in Queens, NY last weekend when we were visiting my sister.


I suspected a low. Right as I was suggesting a blood sugar check, he stopped abruptly, sat, and said in a decrescendo voice "I feeeel low." He was ... a 50 graced the glucometer screen. Four Starbursts were dispensed to Joe, one to Bridget, and one to Cousin Chloe. We all copped a squat next to Joe right in the middle of the exhibition floor. We then waited. We waited with Joe. We waited for his legs to work. We waited for his mind to clear. We waited for him to feel well enough to move on.


At times I find it difficult to explain life with diabetes. Sure, it is relatively easy to talk about insulin, pumping, counting carbohydrates, and "boosting" for activity. But there is oh so much more to it. The waiting. The waiting is something I don't talk much about. We do it. Quite often, I suppose. Joe has some lows that will stop him dead in his tracks. When I see him splayed on the ground, on the floor, on the ice and hear the words "my legs won't work". I know. I know it is a bad one and we will be waiting a good 10 minutes or so before he will feel well enough to continue with his day. Sometimes there will be crying. Sometimes he needs to curl up in my lap. Intense hunger accompanies these lows as his brain waits for the glucose to hit his blood stream and cross the the blood brain barrier.  Eyes stinging... ****ing diabetes. 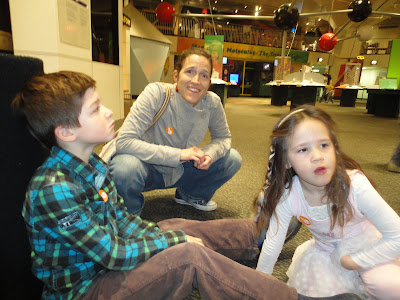 A day-in-the-life of loving and supporting a child with type 1 diabetes.
Posted by Unknown at 7:50 AM 9 comments:

Essentially I send my kid out into the world daily hooked up to a hormone that can kill him. Yep. It is true. I don't think many people "get" that. Managing type 1 diabetes is tenuous. Balancing activity, carbohydrates, and the hormone insulin is the nuts and bolts of the matter. It is difficult at best. The balance of blood sugar numbers is not easily achieved in an active, growing child. Perhaps just as challenging is balancing "safety" while my type 1 child, Joe matures. 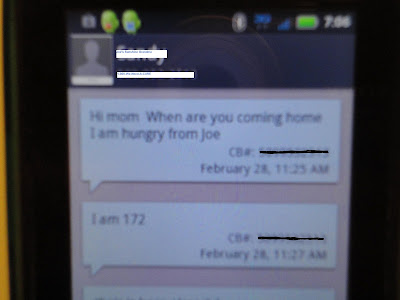 It was a first, the above text. Joe sent it to me from my mother-in-law's phone. She was watching him while I ran out to the store.


This year the calls from school are from him, not from the School Nurse.


He asks to run across the street to play with friends. <*GASP*> Inside their homes even. He checks his blood sugar first. He lets me know where he is at "number-wise". He takes sugar according to his IOB and Dexter arrows. He consults with me, sure. I usually respond to any questions with "what do you think you should do Joe?" Many times he is spot-on. He is excellent at considering possible activity. He is getting better at recognizing the impact of IOB. Once in awhile, I will mention a combo bolus or a temp basal as a suggested action as well. He knows the implications of a bad lows and will boost, boost, boost to avoid them. He does not seem too concerned about highs and does not report them to me. He thinks he is "good-to-go" with numbers in the 200's, even in the 300's, and will head across the street care-free without a word to me.


As he becomes more independent, I notice that we tend to run him a bit higher; we run him a bit higher for "safety-sake". Times are changing. And. With the changing of times, Joe's last A1C bumped up a bit. And. With the changing of times, there are more people involved in Joe's management ... namely, Joe. As with everything else that requires balancing in diabetes care, the carbs, the activity, the insulin; the transference of care, the evolving independence demands balance and careful attention too. During Joe's last Endocrinology appointment, his doctor cautioned me about Joe's independence level with his diabetes care. A "let the reins out gradually ... and ever so slowly" approach was encouraged. Makes sense. Wish me luck.


A day-in-the-life of raising a child with type 1 diabetes.
Posted by Unknown at 9:00 AM 9 comments: