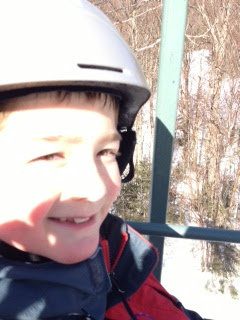 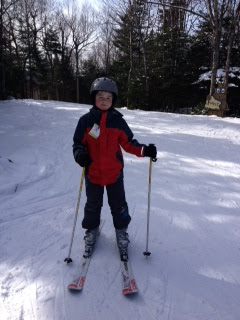 A day-in-the-life of adventure with Joe.
Posted by Unknown at 9:03 AM 8 comments:

Pre-post Note:  Joe does not get into trouble at school.﻿  This is an unusual event, where...in my opinion....the "low" trumped the reasoning for his visit to the Principal's Office. 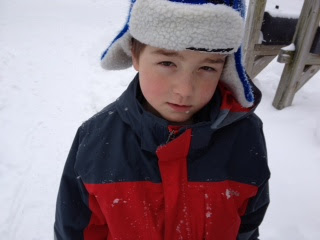 "I thought it was all my fault mom." ... was stated in the sweet, soft, lispy Joe-voice... "I did not even think about my low or that the teacher would not let me see the nurse."

This infuriated me even more; Joe blaming himself.

Joe's daily log came home tucked in Woodchuck.  His numbers were documented.  Insulin doses were transcribed.  A visit to the Principal's Office was also written down on the log.  Apparently, he had to go see the Principal after his morning snack.  His pre-morning snack blood sugar was 66.

Me:  "Joe, it says here that you had to go see the Principal ...  ...?  What's the story?" (questions were posed in a surprisingly even-tone by your's truly)

Me:  Trying to wrap my brain around the situation, "so you are saying that you asked to see the nurse because you felt low...the teacher made you sit down at your desk because you interrupted...and then sent you to the Principal's Office because you refused to do your math and you moped?"

Me:  "Did you not do your math because you didn't feel like it because of the low or because you were mad at the teacher?" and...by the way ... I don't know why I even asked this.  It is so, so, sooooo not the point.

Joe:  "My brain did not feel like it could do the math and I was angry.  I really did not handle it well."

Of course he did not handle it well.  The one person who he depends on...in the classroom... the gatekeeper to the nurse, to safety...was denying him access to help.  The "low" trumps the whole situation.  Of course he did not feel up to doing the math... there is a physiological reason for that.  Of course he moped...Joe can be a "moper" in normal situations...add on a low during a frustrating situation and you are gonna get some serious "mope-age".  AND!  Of course he went up to the teacher to ask to see the nurse.  He does not want to raise his hand and ask to see the nurse in front of the whole class.  He does not want to call attention to his "difference".  I GET it.  I GOT it.

The following morning, as Joe and I were driving into school to rectify the denial-to-see-the-school-nurse-during-a-potentially-life-threatening-situation-situation, from the back seat a "Thanks mom... thanks for sticking-up for me."

Stuck up for him, I did.  It wasn't pretty.  I wasn't that calm.  Cool, I was not.  Collected?  Perhaps.  I was collected in my point.  Denial to the School Nurse is not an option when Joe feels low.  My voice was shaky.  It was loud.  I think I said I was "very upset" ump-teen times.  I did not cry though.  I felt like it.

My message to Joe throughout this ordeal was two-fold:
A day-in-the-life of sticking up for my son Joe.
Posted by Unknown at 9:08 AM 16 comments: