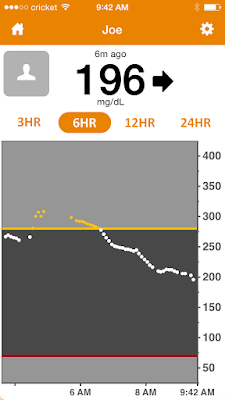 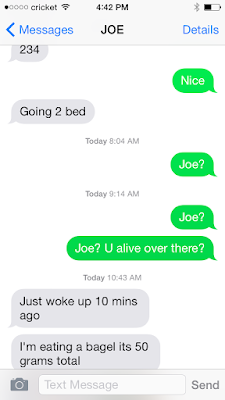 Anxiety, and over-coming it, is perhaps the main reason I write about our day-in-the-life.
Posted by Unknown at 4:56 PM

We just crossed this bridge a couple of weekends ago. Except mine refused to wear her Dexcom. It's a scary proposition! But it is like anything else... we do it, and we experience it, and then we (maybe) have less anxiety about it the next time. Yay Joe and momma!

Yay Joe and momma! We just crossed this bridge about two weeks ago, only mine refused to wear her Dex. Wishing for all of us less anxiety each time a sleepover situation occurs!

I'm glad I can still use the "you're too young" excuse for Elise. But the expiration date on that one is looming large.
Ugh.