KinKy In The Car

5:50a.m. this morning...Dexter was donging-off for "LOW", Joe was actually 223.  I corrected and planned on changing Joe's site when he woke.  It had been in since Monday (that is a long time, I usually change him out every two to three days).  I also made a mental note to rip out Dexter.  He was dead to me. Liar.

About an hour later, still wearing his clothes from yesterday, jeans and a long sleeve tee, he was snuggled in his bed with our Miniature Schnauzers. 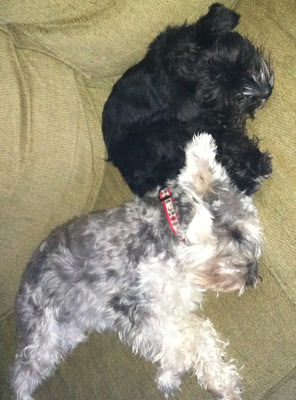 "How was your sleep bud?"

"Great, I am just giving these little cuties a tummie rub." His face was buried in Oscar and Henry fur.  (See, I just call him a "troll"...he is a pretty darn good kid with a kind heart)

"Look it, you cannot go to school in the same clothes your wore yesterday and last night...change and come down stairs for a new site."


He changed.  New site was done.  Dexter was ripped out.  Pre-breakfast number was 189.

He ate 54 grams worth of wheat toast smeared in butter, peanut butter, and honey.  He was bolused.

Off to school he went.

12:00-ish p.m. Yep.  You.Guessed.It.  The School Nurse was calling to let me know that Joe was 468 with moderate ketones. "OK.  I'll be right over.  He needs a site change."  I shove my partially consumed salad in the fridge.  I don't want Joe to miss out on much of his lunch-time and am dreading the "recess" plan.  He should not be running around ketotic.  This was not gonna go over well with a 400+ Joe.


As I pulled into the school, the front of the school, Joe ran out to greet me.  Apparently, we are back to doing school~site~changes in my vehicle.  He plopped in the front of the car...upper body in the drivers seat...butt up over the console-y thing...I was in the passenger side with Joe's legs.  He wanted the door shut.  Fine, I crammed myself in and shut it.  The bad site was removed.  The new site inserted without issue.  I could not find the IV 3000 that I had placed in the car for the site change.  I was trying to hurry ... I grumbled at Joe about the ridiculous position he and I were in...in the car...and could he see if the IV 3000 was under his hands in the driver's seat.  As I grumbled at him, he grumbled at me..."Diabetes is ruining my lunch and recess...." 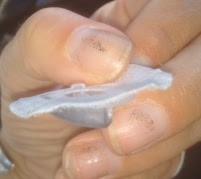 IV 3000 was found, under my butt.  I slapped it on Joe's butt.   (the IV 3000 keeps Joe's sites situated and allow Joe to be the ever-loving...always-moving Joe that we know and love).   Joe then got his shorts situated.  We hugged; both of us knowing and needing to convey to one another that none of this is our "fault". Diabetes was being a turd today.  Period.

The lunch bolus was gargantuan.  I gave 2/3 of the correction and a full carb bolus.  I have learned that bad sites followed by good sites...can drop Joe quickly...thus the 2/3 correction.

I've got the mechanics down.  The numbers, the boluses, they don't make me second guess myself often.  It is here, with the recess issue, that I struggled.  Moderate ketones...huge bolus...and recess...are not a good combination.  I knew that this was not going to go over well with Joe.  The School Nurse offered some fun hang-out-in-the-Health-Office-time with a good buddy of his choosing.

Nope.  This did not sound like a good deal to Joe.  He did not whine or complain.  He was, however, firm.

Me:  "Joe, do you think you could do recess without running?"

Not really back flips...but going backwards around the bars...he has been learning tricks from the girls.

Joe:  "How about swinging and the Gyro?"

Me:  "Fine. Swinging, NO Gyro." (Swinging seemed harmless...just some leg pumping...no to the Gyro because it is kind of high off the ground ~shoot...just realized the swing is high off the ground as he pendulates... back to the Gyro.... he has to hold on for dear life and it spins...it just seemed like a good idea to have denied it, as he hopefully euglycemi-tizes (a word?).

So, I am left here second guessing the activity and the ketones.  If they were HIGH, I would have said "NO" to recess.  Moderate...with known cause...I "modified" recess.  What do you guys do?

Our kinky day-in-the-life.
Posted by Unknown at 2:29 PM

Every post floors me. Peanut butter and honey AND BUTTER in one toast. I love that.

Oh Reyna... I love your descrptive-ness (is that even a word?). How I've missed your colourful take on stuff!

I struggle with situations like that... it kills me to say no. Like today at school, Elise was 301 at snack time. What do I do? tell her she can't eat with the rest of the class? For the record, she hates almost ALL carb-free food and gets upset when I suggest it while she's high. So I let her eat even though she was high. Damned if you do, damned if you don't.

Did u steal my word!? Douche monkey or are we that much the same!?

I think everyone handles everything different. For us Ketones means leaving school, per my 504 and school regulations.and no activity.

I correct.via shot and I make J wait.to eat. Awful I know but carbs when already high turn J into the biggest jerk. He becomes angry mean and irrational.

Have you tried steel sets? I love them so much cause they don't kink at all and a bad site is rare.

Sorry I've been mia. Love you!

We had a very similar situation occur this week. I also "modified" recess becuase I knew the cause of the moderate ketones. I find myself "modifying" a lot of the "rules" to accommodate for a 9 year old's growing pyche knowing that she needs to just be a 9 year old kid sometimes.

Sounds identical to our day! Moderate ketones-check. Crazy high blood sugar-check. Site change at school-check! Only difference here is I have a super mellow girl child that doesn't zoom around like Joe! Yikes!

Believe it or not, we have never had more than trace or low ketones even if very high. But at very high levels she will feel quite sick, so in no condition to play on the monkey bars. I know you're not supposed to, but I think if you have just given insulin, moderate ketones, exercise would be okay. If he is energetic enough and feels well enough to play and wants to, and it would ruin his school day to stay in at recess, I would let him. I'm sure you kept an eye on him afterwards.

EWWWWWWWW, my nails are dirty in that pic.

I think I missed the tampon cigar ed post... Im headed there now ;) but I let Justin make the choice and would have made to deal to modify too. If his Ketones are high...he doesn't want to play anyway. Its a hard call as a mama, but I think emotional happiness is just one notch above the rest at this age. Anger and sadness can become a bitch.

I admire the stride with which you both take this. I might have had heart palpitations in the same situation. That kink is crap!