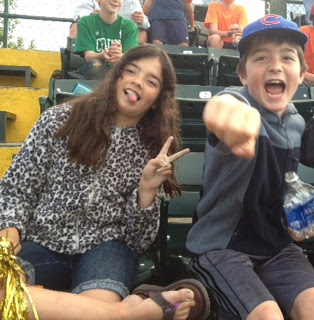 A day-in-the-life of  childhood and Type 1 Diabetes.
Posted by Unknown at 8:48 AM

My heart just aches for everyone that has to deal with this very hard to control disease. My son just suddenly came out of his honeymoon and I'm getting a real eye opening to what's really involved with type 1 diabetes. NOONE can understand unless they are personally involved with it. God is my #1 rock that gets me through. He threw a wonderful blessing our way the other day. My son got to meet our neighbor and her boyfriend (in their mid 20's) that are both type 1 diabetics. They were showing off their pumps to Andrew like they were trophies. It warmed my heart for my son to see people that are fighting the disease right along with him. We are right here with you and Joe. When he hits a 39, we feel it too. We know how hard it is. Please give Joe a high five for the wonderful job that he does everyday. AND.....HE DESERVED THAT PASTA - JUST BECAUSE!!!!!!!! Sending hugs your way!!!!!

Bless his big heart! I have been having a hard time over here with good old diabetes and the unfairness of my little guy not getting to do all the things the little guys his age get to do without a second thought. I second Nikki's high to Joe...keep on keeping on Joe! xoxo

Isn't it weird that is how he feels as I know that is how TJ (even 20+yrs into this feels). It's like this constantly rationing of "fun" or special or out of the ordinary...whatever you want to call it, it seems to be that it is hard to do it all. I like to think that this is true of all of us, not just people with diabetes, but it's hard on all of us to do a lot of new fun things in one day, it's just that a person with diabetes is able to see the effects on a change in their "normal". I was telling somebody how I love going on vacation, but it is VERY hard to travel as that causes so much difficulty BG #s with diabetes. She looked at me like I was a little off, said something about airplane food and nodded her head about how poor quality it is...she totally didn't get it, why would she? But it's true all those special things need special care with our babes.
Hope Joe's summer is filled with lovely special things and less unwelcome numbers!

Tear well up in my eyes reading this. Tears of sadness and the feeling of being helpless as a Mom who wants to take care of her little boy when he is "sick". Tears of anger at the disease that robs our sweet children of feeling free and "ok" to do too many special things. All I can send is a hug of positive energy from the Cincinnati side of the universe. I feel the same for my sweet boy (9yrs old, 4 yrs with T1D). He will grow, mature, get perspective and will OVERCOME! Joe has such a strong and smart support system (headed by one amazing Mom!)